"Atmosphere is a term used in literature to describe the mood of a piece of writing, which is usually created by how the author describes the setting and background, as well as the characters and events within the story. The author creates his or her atmosphere in order to give the reader subconscious impressions about the narrative." --reference.com

The atmosphere in March sure has its own flavor doesn't it? Milder weather, unfolding leaves, emerging daffodils, and--happy days--the bluebirds are back! We know that atmosphere plays a big part in our stories as well, something I was reminded of when I pulled the following post, first published in March 2013, out of the archives. I'm glad for the refresher. Maybe you'll glean a little something out of it, too. 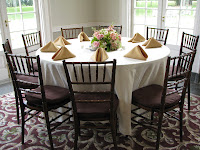 Setting
Oh, the fun of setting--imagining where the story takes place, how characters respond to their surroundings, drinking in the sights, sounds, and smells that connect the reader to the written word--it's the world-building side of the writer's craft. I've been immersed in the subject this week as I've brainstormed ideas for my WIP. Along the way I've sought the wisdom of others to help open up that world. Helpful thoughts on the subject:

Landscape
And yet, expanding on the idea of setting, I came across the concept of landscape, this from Elizabeth George in her book Write Away: "On the surface, it would appear that landscape and setting are the same creatures, identical twins given different names just to confuse the beginning writer. This, however, would not be the truth since setting is where a story takes place--including where each scene takes place--while landscape is much broader than that...Landscape in writing implies much the same as that which is implied by the word when it's used to refer to a location in a country: It is the broad vista into which the writer actually places the individual settings of the novel, sort of like the canvas or other medium onto which a painter has decided to daub color.

Atmosphere
But there's more. If the nuanced differences between setting and landscape are not enough, what about the idea of atmosphere? Janet Burroway in her classic, Writing Fiction, a Guide to Narrative Craft, puts it this way: "Your fiction must have an atmosphere because without it your characters will be unable to breathe."

Setting, landscape, atmosphere. Separate entities yet connected.The first puts you in the action. The second contains the story's broader vista. The third enables the characters to breathe. Had you ever considered the varying distinctions? How so? Will you imagine your setting with a different understanding now?
photos courtesy of sxc.hu
____________

And now back to the present, an additional source on the subject includes an article titled Creating Atmosphere in Fiction, by Esther Newton (found here). In it, Ms. Newton says, "To be successful a short story or or novel needs to develop a strong sense of atmosphere. This draws your readers into your story so they can imagine this world you are creating. It also sets up expectations for them and gives them information about the characters they're likely to meet in your story." She follows up with six categories for developing that atmosphere. They include: setting, description, five senses, weather, time, and first person viewpoint. Another good refresher resource!