Words of Wisdom from Laura

"To laugh and forget is one of the saving graces." --Laura Ingalls Wilder

I rediscovered a gem of a book on my shelf: Little House in the Ozarks, A Laura Ingalls Wilder Sampler, Rediscovered Writings (edited by Stephen W. Hines). From the flyleaf: "Laura Ingalls Wilder (1867-1957) began writing, at age 65, a series of eight children's books about her life in the pioneer west--the Little House books--which we all know and love. Yet, twenty years before she even started these books, Wilder wrote articles for regional newspapers and magazines. Little House in the Ozarks is a collection of these articles..."


I'm not sure exactly where I stumbled upon this book, but most probably I bought it on one of two very special trips--either the time we visited Laura's Rocky Ridge Farm in Missouri in 2001, or the Laura Ingalls Wilder home in DeSmet, South Dakota, which we toured in 2003. Both memorable events.

A sample of essay titles in the book reveals a wide range of topics that interested Laura, including:

When is a Settler an Old Settler
How to Furnish a Home
We Revel in Water!
The Great Woods Have Been Destroyed
I Don't Know What the World is Coming To
Are Your Children Confident?
Fairies Still Appear to Those with Seeing Eyes
Life is an Adventure
What Became of the Time We Saved?
Daily Tasks Are Not Small Things
What Women Can Add to Politics
The War, the Terrible
Pies and Poetry
Laura and Mary Quarrel at Thanksgiving
The Things that Matter

The one essay, however, that made me chuckle is titled: If Only We Understood, December 1917. An excerpt:

"Mrs Brown was queer. The neighbors all thought so and, what was worse, they said so.

"Mrs Fuller happened in several times, quite early in the morning, and although the work was not done up, Mrs. Brown was sitting leisurely in her room or else she would be writing at her desk. Then Mrs. Powers went through the house one afternoon, and the dishes were stacked back unwashed, the bed still airing, and everything at 'sixes and sevens,' except the room where Mrs. Brown seemed to be idling away her time. Mrs. Powers said Mrs. Brown was 'just plain lazy,' and she didn't care who heard her say it.

"Ida Brown added interesting information when she told her schoolmates, after school, that she must hurry home and do  up the work. It was a shame, the neighbors said, that Mrs. Brown should idle away her time all day and leave the work for Ida to do after school.

"Later it was learned that Mrs. Brown had been writing for the papers to earn money to buy Ida's new winter outfit. Ida had been glad to help by doing the work after school so that her mother might have the day for study and writing, but they had not thought it necessary to explain to the neighbors..."

In this essay, Laura went on to make the point that 'the things that people do would look different to us if we only understood the reasons for their actions," and that we should be understanding. "A genial attitude toward the world and the people in it," she says, "is a better way."

Point well taken, but I can't get past the fact that almost 100 years ago writers were a curiosity to some. What, your house isn't orderly? What, you just sit idly and appear to be doing nothing?

Is there anything new under the sun??

Just thought I'd share a different side of Laura. She was one very interesting lady with a lot to say!

"When we start off in life, we look at reality with wonder, but it isn't the intelligent wonder of the mystics; it's the formless wonder of the child. Then wonder dies and is replaced by boredom, as we develop language and words and concepts. Then hopefully, if we're lucky, we'll return to wonder again." --Anthony De Mello, Awareness

We've just come off a most adventurous road trip, hubby and I, in which we traveled 500 miles with granddaughter #1 (almost six) and grandson #2 (3 years old) to visit grandson #1, who celebrated his fourth birthday while we were there. What a trip. What a hoot!

We didn't know if we were up to it, taking two little ones on a 9-hour car ride. But you know what (one of Adrian's favorite sayings, btw)? We not only survived, but we had a great time. 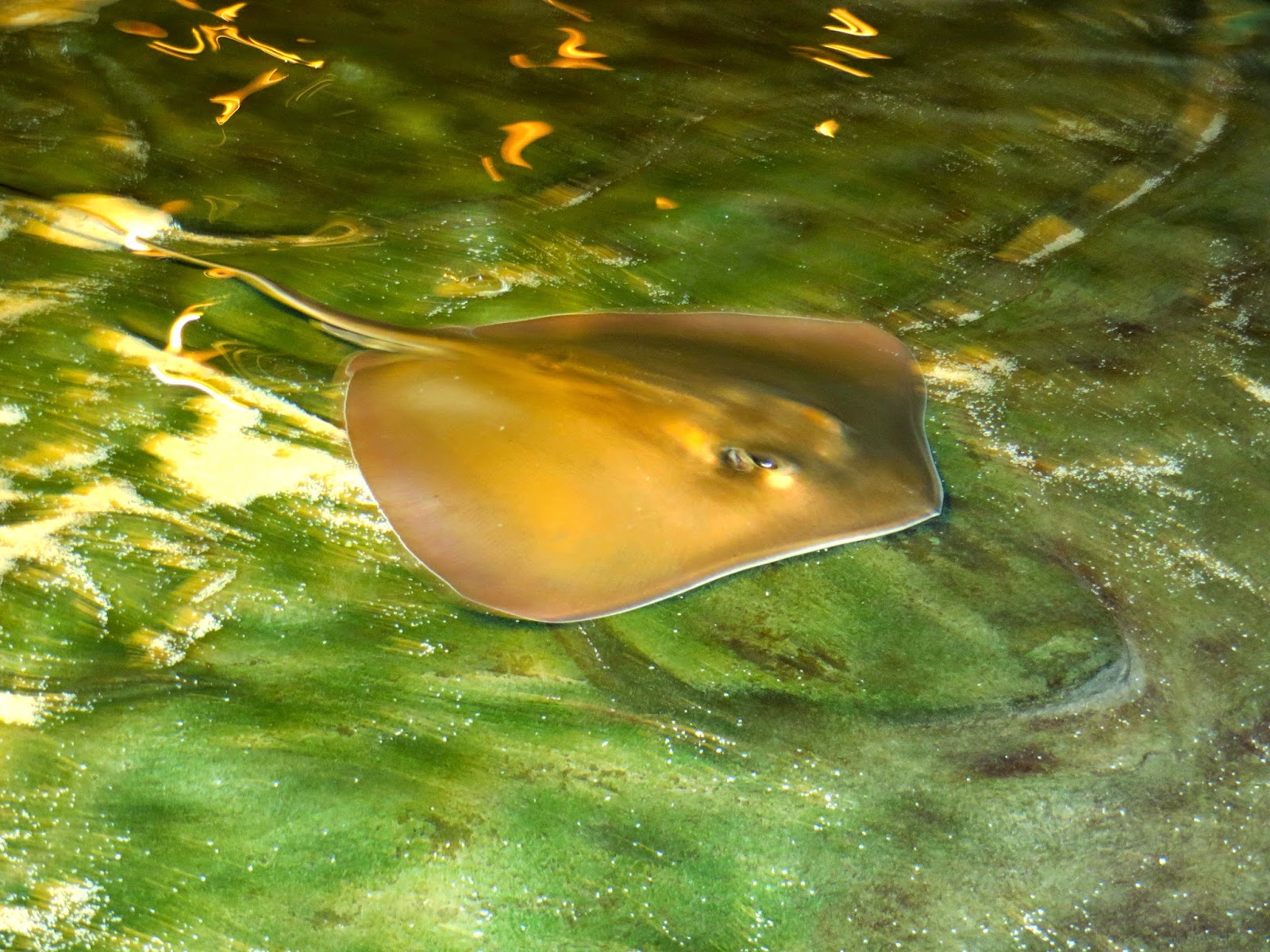 The best, of course, was visiting our son and his family and the opportunity for the cousins to once again play together. An extra bonus included a trip to the McWane Science Center in Birmingham. As the photo shows, the aquarium was a big draw. You should have seen--and touched--the big stingray in the pool!

One evening we also joined in on a neighborhood get-together where there were hotdogs, popcorn, water balloons and water slides--and a small nearby stream filled with tadpoles. Have you ever tried to catch a tadpole? They are very elusive to little hands. 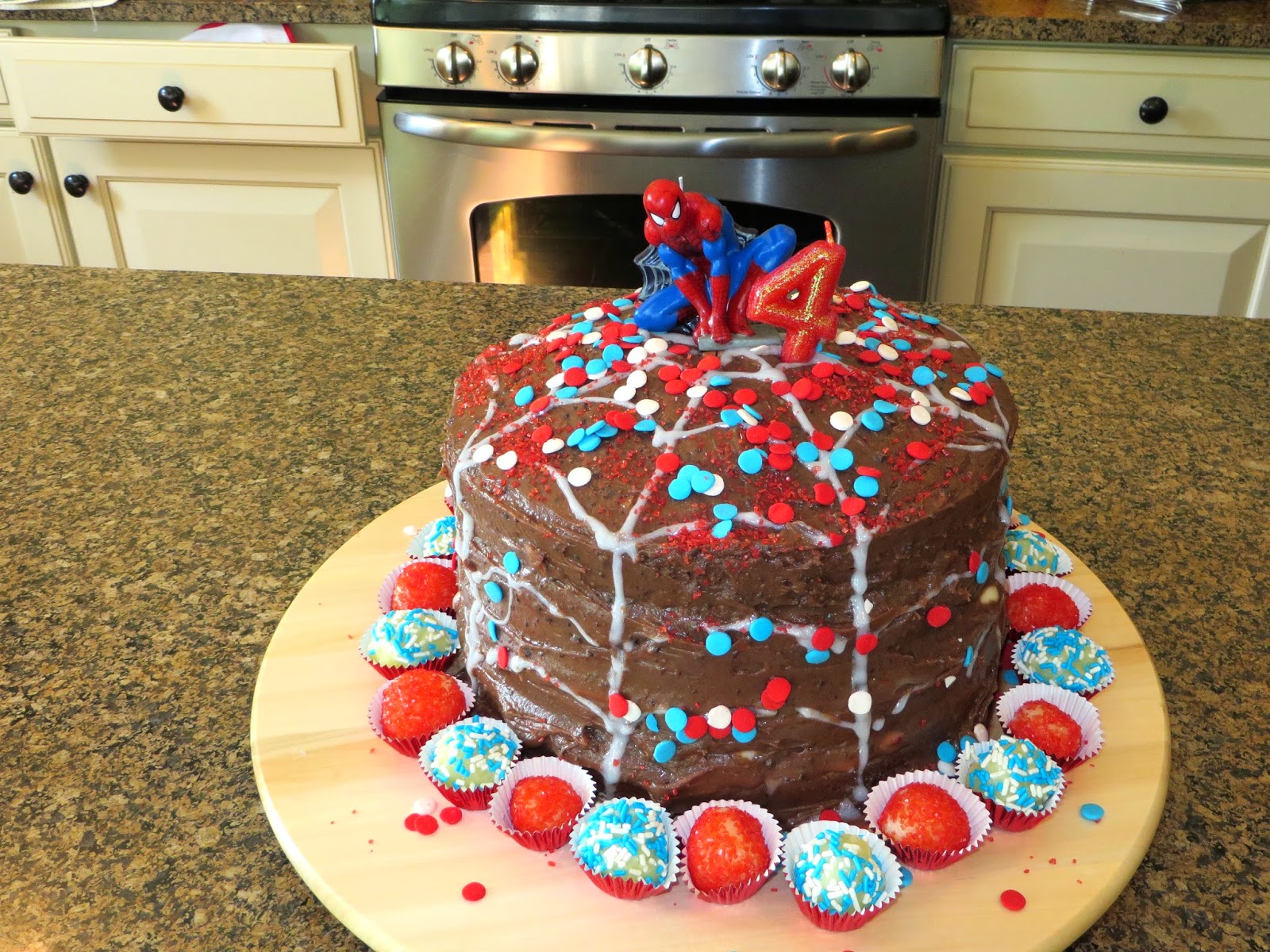 Let's not forget the birthday celebration itself--all decked out in a Spiderman-themed cake awesomely decorated by our daughter-in-law (and birthday boy's mother), Suzan. She also led the children in beautiful renditions of songs from the soundtrack of Frozen ( a big movie hit, I understand, of the six-year old crowd) especially "Let It Go." Then there were Legos, the movie Cars, and, oh, a new skill: texting. Quite fascinating to our young reader--and entertaining. Mommy and Daddy were given regular updates as to where we were on the road.

We started out wondering if we could physically make this trip. After all, we still had to drive 500 miles back. We came back wondering about what we would have missed if we hadn't. Mostly it was seeing what we often take for granted through the eyes of the children and recapturing a bit of the sense of wonder ourselves.

I hope I can translate more of a sense of wonder in writing. For me, the best forum for such an exercise--and writing prompt--is trying my hand at poetry. What about you, what piques your sense of wonder? Is an awareness of magical, unusual, amazing, unexpected and downright captivating surprises still strong for you or do you find the feeling lacking? Any tips on how to reignite wonder in writing--and life in general?

"The earth has music for those who listen." --George Santayana

My favorite wildflower is the violet. There's just something about this shy little beauty that sings a quiet song to me. It reminds me of childhood and Mom and small gifts of grace. And I didn't have to go far to capture a picture of this cluster--they are growing right in my front yard.

In this busy week (don't we all have those?), I'm squeezing in writing as best I can but I'm also pausing to listen to the music that spring's beauty plays. And seeking inspiration as I go. A few gems:

"Flowers don't worry about how they're going to bloom. They just open up and turn toward the light and that makes them beautiful." --Jim Carrey

When you  have only two pennies left in the world, buy a loaf of bread with one, and a lily with the other." --Chinese Proverb

"Forgiveness is the fragrance that the violet sheds on the heel that has crushed it." --Mark Twain

"The violets in the mountains have broken the rocks." --Tennessee Williams

What is your favorite wildflower, and why? How does it inspire you, stir you, give you pause to listen?

p.s. Having trouble stretching time to include writing? A good article is found here: "How to Keep Your Writing in Your Over-the-Top Busy Life."

Worthy goal for sure--and one to continually aim for.

How would you describe your goal for the writing you do?