Let the Lyrics Tell the Story 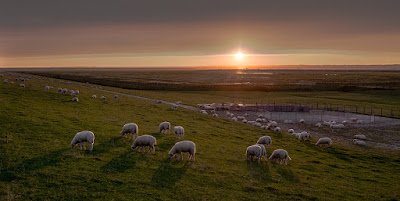 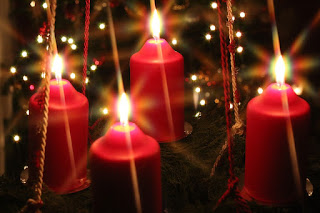 "Joy to the world! The Lord is come, Let earth receive her king!"
...Joy to the World, written as a lyrical adaptation of Psalm 98 by Isaac Watts in1719. "O little town of Bethlehem, how still we see thee lie! Above the deep and dreamless sleep the silent stars go by. Yet in the dark streets shineth the everlasting light, the hopes and fears of all the years are met in thee tonight."

...O Little Town of Bethlehem, written by Phillips Brooks in 1868 after having spent Christmas in Bethlehem in 1866. 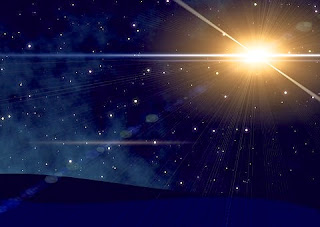 "O Holy Night, the stars are brightly shining, it is the night of our dear Savior's birth...Truly he taught us to love one another, His law is love and his gospel is peace."

...O Holy Night (Cantique de Noel) was written by Placide Cappeau in 1847, music composed by Adolphe Adam. Translated from French to English in 1855 by John Dwight, O Holy Night was the first Christmas song ever played live on the radio when Reginald Fessenden, former lab technician for Thomas Edison, transmitted a broadcast from the Brant Rock radio tower in 1906. 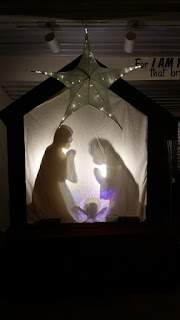 ...Angels We Have Heard on High, translated from the original French carol in 1862 by Bishop James Chadwick, England.


May the words of the Christmas season be a blessing to all, sowing songs of hope, joy, light, peace, and love in hearts everywhere.

On Family Stories and Heirlooms

I remember my first memory of these vases. The image is fixed in my mind. I'm about three years old and my father is holding me in his arms. I'm looking over his shoulder at the mirror over the mantel (this would have been about 1952) and can see my reflection looking back at me. The vases flank the mirror in their place on that mantel. I later learn that they were wedding gifts to my parents in 1946, given by my mom's friend whom we knew as Aunt Reenie.

How appropriate was Aunt Reenie's choice. The pair of vases is from the Roseville art pottery line "Freesia Blue," and the freesia flower, they say, symbolizes trust and fidelity. And I wonder, did the beautiful gift given at the beginning of a marriage somehow foreshadow how long and enduring that marriage would be--one of over sixty-six years?

What a sweet heirloom, only lately handed down to me and now occupying a place in my home. And to think the vases were manufactured at the Roseville Pottery Company in Zanesville, Ohio, a few miles east of where my parents lived most of their years together. Ohio, it turns out, produced abundant pottery art (not only Roseville but Rookwood and Weller, too), especially in the late 19th and early 20th centuries. Rich deposits of useful Ohio clay made sure of that.

Oh, the history of heirlooms; the stories they could tell. The writer's imagination begins to shift into overdrive. Will any of our heirlooms find themselves featured in our stories? Will they tweak the imagination of readers like they've stirred our own? Will we tell their stories and thus keep the specialness of them alive?

And just how do we keep their stories alive? Links with ideas that might help include:

Which brings one to maybe a more difficult question: what do we do with these special pieces that come to us when we have little room for them, or maybe even little interest. Those items that tug at our hearts but don't necessarily tug at the hearts of those who follow us. As it turns out, there is quite a discussion about this very thing. A sample of some titles:

What special heirlooms do you treasure? What might be their history? Have any of them found their way into your writing--or hold honored spots in your home? How do you pass along their stories? Have you ever struggled over having to give up or pass on a family heirloom?
________________________
Posted by Kenda Turner at 4:51 PM 6 comments: