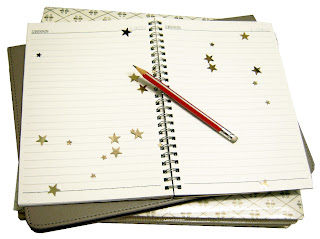 "For last year's words belong to last year's language
And next year's words await another voice.
And to make an end is to make a beginning."
--T.S. Eliot, Little Gidding
The new year beckons with fresh pages like a new journal. What words will we write? From this vantage point we don't know yet, but isn't it exciting to think of the possibilities?
There are three words for sure that I'm going to start with. In fact, I'm going to write them down on the year's first page, day one, and until they're internalized, use them as constant reminders from January to December. They are:
RELAX. Writing is a gift, not a competition. Time is a gift, not a race. Relish the two, and enjoy the process. Rushing through it all only adds stress and angst.
WRITE. There's nothing new here, although it often seems like we need the reminder. Get words down. In whatever form, every day if possible. Journaling, freewriting, descriptions, prompts, new stuff, revised stuff, fun stuff, serious stuff. Doesn't matter. Doesn't even matter if it's not intended for publication. Just write--practice--and keep the process going. Eventually that which is meant for publication will be published. But you have to write it first.
CREATE. Imagine. Visualize. Stir the pot of creativity and see what comes of it. Seek--and seize--new opportunities and see where they take you. Translate them into words, and keep the process energized. Will I follow my own advice? Well, there's the Photo-a-Day project at Kodak (here and here) that I'm considering doing--taking a photo a day for 365 days, designed to "jump start" creativity. Hmmm, where would that take me? Then there's the possibility (oooh, I'm really saying it, Keith!) of a trip to Spain ahead of us in the new year. Will I jump on that? We'll see. Still, no matter what, be open, receptive, curious--and create.
Relax. Write. Create. Those are my three words. I think they'll serve me well. Looking back over the past year, I see a number of postive things. Queries on my MG novel are out, final rewrites completed, a bilingual picture book (in collaboration with my daughter) on submission, targets set/many met, research, character sketches, a writer's conference attended as well as a literature conference and book fair. A moderate mix of wordplay, writing prompts, right-side of the brain exercises, to-be-read pile chipped away at. Watching the (grand)children grow, and playing right alongside them. If I take my three chosen words to heart in 2012, there's no telling what I'll be able to report this time next year! It's a goal worth working toward, you think?
How about you? What words will spur you on in 2012?
*photo courtesy of sxc.hu
___________________________
Posted by Kenda Turner at 2:36 PM 10 comments: 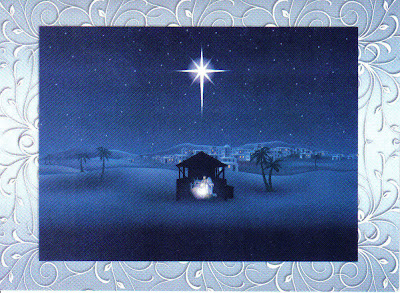 "Where there is great love there are always miracles." --Willa Cather
Miracles still abound. May the meaning of the Christmas season touch hearts and spirits everywhere--and shower an abundance of hope, peace, and joy into the fresh new year!
"Then the star appeared again, the same star they had seen in the eastern skies. It led them on until it hovered over the place of the child. They could hardly contain themselves: They were in the right place! They had arrived at the right time!" --Matthew 2:10, The Message
__________________________﻿
Posted by Kenda Turner at 11:05 PM 2 comments:

If You Have a Garden and a Library, Part II

"And the secret garden bloomed and bloomed and every morning revealed new miracles."
--Frances Hodgson Burnett, The Secret Garden 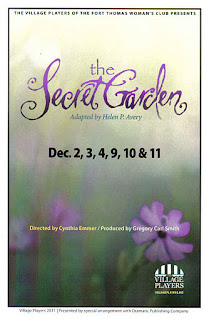 Oh, the mysteries and the miracles of a garden. We were reminded of this when we--daughter, granddaughter, and I--attended a most delightful little play recently, an adaptation of Frances Hodgson Burnett's classic, The Secret Garden. 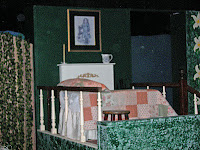 My daughter chanced upon the opportunity when she saw a banner advertising the upcoming play, sponsored by a local woman's club and to be performed in a small theater downstairs in a community center. Though the stage was small, and viewers settled into metal folding chairs on three sides of the platform, the performance could not have been any more professionally done. Wow. The acting was fantastic. The setting design, for what space was available, was uniquely done. How else could you represent Mary's bedroom, Martha the maid tending to the newly-arrived spoiled and temperamental child, and a locked gate to a secret garden? Where would Mary find the hidden key? And why was Colin in a wheelchair? 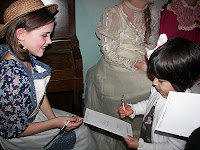 The experience was made all the more rich by seeing it through the eyes of the child with us. "Why is she doing that?" Angelica asked when Mary threw a tantrum. "She found the key in that tree!" she pointed out when Mary discovered the means to enter the garden. "Where's the bird?" she wondered when Dickon's friend the robin sang out. We came away with a sense of wonder--at talent and art, performance and staging, a time-honored story, and an all-round simply fun evening in a garden. Including autographs! What a great memory-maker.

Ah. Cicero's quote again (see part I, here): If you have a garden and a library, you have everything you need. 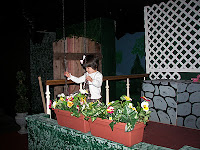 Wisdom can be found in gardens, too. Additional samples from Burnett's garden:

~"Where you tend a rose, my lad, a thistle cannot grow."


~"It made her think that it was curious how much nicer a person looked when he smiled. She had not thought of it before."

~"Much more surprising things can happen to anyone who, when a disagreeable or discouraged thought comes into his mind, just has the sense to remember in time and push it out by putting in an agreeable, determinedly courageous one. Two things cannot be in one place."

~"If you look the right way, you can see that the whole world is a garden."

Wishing you gardens and libraries galore in the upcoming new year. May your garden of days bloom, and every morning reveal new miracles.

If You Have a Garden and a Library, Part I

"If you have a garden and a library, you have everything you need." --Cicero 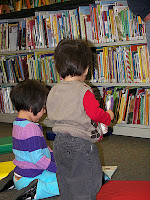 We had a splash of a time the other night when we celebrated Adrian's first birthday. At the library.

What better place to take a child, especially to the children's hour where warm, kind, energetic, and book-loving librarians read and dance and sing with the wee ones? What better place, next to parents reading to their children, fosters an early love for books that will then surge through their bloodstreams throughout their lives? 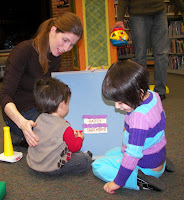 Going to the library is a regular habit for Adrian and Angelica. Mommy takes them to scheduled children's hours during morning times. Daddy takes them on Wednesday evenings to another. That's where they decided to hold the party, since Adrian's birthday happened to fall on the same day. "Why not have the party here?" librarian Miss Amy said. Miss Amy loves Adrian. She loves all the children.
So that's how we ended up having cupcakes, juice, birthday songs, Christmas picture book stories, friends and family, laughter and celebration all bubbling over together in a room full of books.

Even Nelson was there. Nelson? Nelson loves libraries, too. He's a neighbor, friend, and therapy dog who just happens to be very familiar with Adrian and Angelica's library. For he is part of a therapy program where children who have difficulty reading come and read...to him. Such dog reading assistance programs are designed to help children develop reading skills in a relaxed environment. Dogs, after all, make good listeners, are patient, and always give A's for effort. (If you're interested in reading about such programs, check out "Can a Dog Help Your Child Read?" You can find it here.) 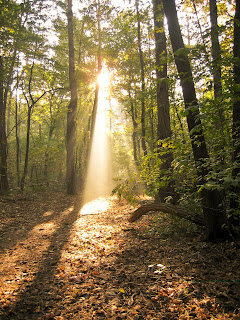 May God grant you always...
A sunbeam to warm you,
a moonbeam to charm you,
a sheltering Angel so nothing can harm you.
Laughter to cheer you.
Faithful friends near you.
And whenever you pray, Heaven to hear you.
-- Irish Blessing

Words starting with "c" captured my attention on my walk this morning. Have you ever stopped to consider how many sunny, uplifting and supportive words are crafted with the third letter of the alphabet?

These thoughts surfaced following news the other day from my dear friend and writers' group critique buddy, Connie, who has been diagnosed with breast cancer. Certainly one of the ugliest, if not most ugliest, c-words ever. If only we could strike that one from our vocabulary.

And so, for Connie and others who may have received not-so-welcome news of late, please know our prayers are with you. May sunbeams warm you, laughter cheer you, and the God of all mercy, grace and comfort be with you.
__________________
Posted by Kenda Turner at 2:16 PM 7 comments: