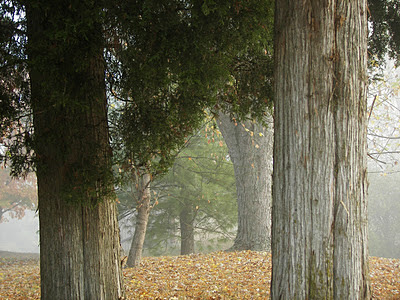 "So ran the current of my life in childhood, very quiet and simple, you perceive. Nothing at all exciting about it, nothing that savours of a 'career.' Some might think it dull. But life never held for me a dull moment. I had, in my vivid imagination, a passport to the geography of Fairyland. In a twinkling I could--and did--whisk myself into regions of wonderful adventures, unhampered by any restrictions of time or place." --Lucy Maud Montgomery (1874-1942), author of Anne of Green Gables, from her book, The Alpine Path: The Story of My Career
*************

Like Ms. Montgomery, may our imaginations take us on wonderful writing adventures. Happy weekend, everyone! Got any adventures planned (writing or otherwise)?

G is for Glee (and not the TV Series) 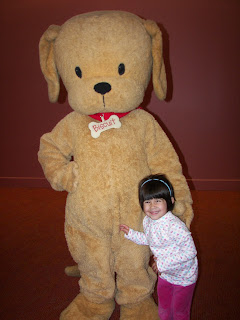 "A child reminds us that playtime is an essential part of our daily routine." --Anonymous

Angelica has one of Alyssa Satin Capucilli's books in the Biscuit series on her shelf, and so she knew Biscuit when she saw him. We were at Books by the Banks, a book festival held here in Cincinnati over the weekend, when what do you know? Biscuit was THERE! And all the excitement of a three-year old was poured into the biggest hug ever. Can we say glee?

What inspiration for a writer, especially those of us who write for children. No doubt, this is now my picture of the week, maybe even my screen saver. Don't you just love it? The glee spilled out on all those around. I wanted to bottle it up and hoard a supply in hopes of dispelling those less-than-gleeful, rather gloomy, times that sometimes manifest themselves unbidden.

And so I play--with words.

It's all there, gifts for the gleaning, whether in a child's face upon meeting a favorite book character now bigger-than-life, in the writing--and reading--of books, or in life in general (no matter the grumps, gravels and gripes that garner groans).

Glee is the chosen word of the week over this way. What might your word be? Does it start with G, too?  Any ideas on how you will play this week? 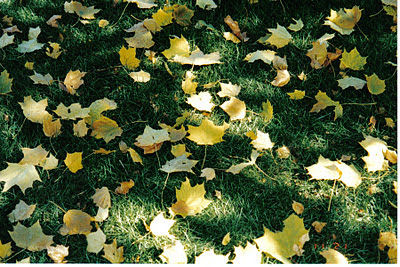 Just a note to thank Debbie Maxwell Allen over at Writing While the Rice Boils for guest-posting me today, sharing a post I did the other day on character names. Smiles, Debbie! And if you haven't met Debbie yet, please hop on over and say hi. Her place is always a treasure trove of writing tips, resources, books, conference news and more.
Speaking of smiles, I'd like to send a few over to WritingNut at Writing in a Nutshell as well, for the shout-out in the recent Pay It Forward blogfest.  And smiles, too, to all the new followers that came over from there. Thanks, WritingNut!
Speaking of followers, it amazes me to think I'm inching up toward the big 100 followers-milestone. I have so much enjoyed meeting everyone, and being a part of the writers' blogging world. It's a pretty special place. I'm thinking there should be some fun give-away to celebrate. Stay tuned, we're getting close.
And truly, what better choice for a give-away than maybe a book or two? And what better way (for me and others in our area) to select those books ( and maybe get them autographed) than to go to the Books By the Banks book festival here in Cincinnati this Saturday, October 22, from 10-4.  But how to choose--the line up of authors and illustrators who will be there is awesome. It includes Alyssa Satin Capucilli of the Biscuit children's books, illustrator Will Hillenbrand, Kristina McBride, author of the YA novel The Tension of Opposites, and renown music artist Judy Collins who will be signing her autobiography, Sweet Judy Blue Eyes, and nearly 100 others. The day promises to be amazing, with lots of smiles to go around.
Finally, speaking of books and the buying of them--when you buy a book, do you consider yourself a patron of the arts? I hadn't thought about our purchasing power this way until I read Rosslyn Elliott's post this morning at WordServe Water Cooler. You might check out what she has to say in My Reader, My Patron: How Authors Will Survive in the Brave New Publishing World. Great food for thought.
Smiles, everyone!
Posted by Kenda Turner at 1:05 PM 4 comments: 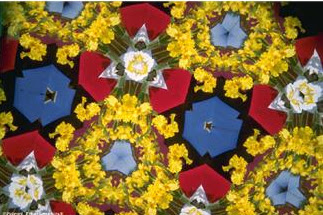 When you are describing,
A shape, or sound, or tint;
Don't state the matter plainly,
But put it in a hint;
And learn to look at all things,
With a sort of mental squint. --Lewis Carroll﻿
Did you know that all the beauty in a kaleidoscope is made up of just three simple elements? The elements are colored glass, mirrors, and light. Sir David Brewster invented the kaleidoscope way back in 1815, and coined its name from the Greek words for beauty, form, and 'tool for examination.' Hence, the word means "observer of beautiful forms."
Writing, too, is made up of simple elements, the most basic of all of course being words. But it's how we put words together, shake them up, and bring them to light that makes a story. We mix the colors of character and dialogue, the mirror images of patterns and insights, and the light of voice to make it happen. Are we up to it?

Sometimes, like Lewis Carroll says, the effort takes a bit of a mental squint. Sort of like looking through a kaleidoscope, I guess.

But observe, we do--and listen, and take notes, and plot, and describe, and connect-the-dots, and play with words. All to make a better story and, hopefully, in a more beautiful form than not.

What about you--are you looking through a kaleidoscope of words this week?

Character Names: Have You Heard This One?

"Always end the name of your child with a vowel, so that when you yell the name will carry."
--Bill Cosby 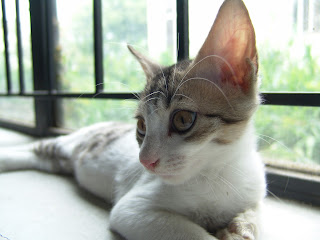 
As you can see, the results ended in a tie.

After this, I went back and checked the last names on the short-vowel list, and found that four of  the seven carried long-vowel sounds, three short. Not quite a tie there, but close.

So I asked myself, do vowel sounds carry that much weight? Or are there other considerations for choosing character names?

Actually there are. One of the best ways is get to know the characters--their personalities, quirks, and backgrounds. This way, the "ear" will be more open to the name that fits. Not only that, but names should be chosen with an ear to historical and cultural accuracy. Also, ideas for names can come from a variety of sources, like baby name books, lists of names popular to an era, movie and tv credits, business directories, old yearbooks, phone books--sometimes even cemeteries. For some writers, the name's meaning is important, for others it is simply a matter of what "feels" right. Yes, it boils down to how a name sounds, but not only because of long or short vowels.

And, unlike Bill Cosby's reason for choosing a child's name ending in a vowel, if we utilize other resources, we'll have no reason to yell. The name will carry itself.

At least that's what I think. What do you think?

p.s. for some good guidelines (not rules!) to aid in choosing character names, you might want to check out these sources:
How To Give Your Character the Perfect Name, Writer's Digest
Name That Character, Top Ten Tips, The Script Lab
Tips for Writers on Naming Fictional Characters, Baby Names
Eight Things to Keep in Mind When Naming Characters, Jody Hedlund
Name That Character, Writing World

We took a walk this morning, hubby and I, to the top of the hill beyond our house. We do this a couple of times a year, different times, different seasons. Thought I'd share pocket-sized views of October from over this way. It's been a beautiful day. 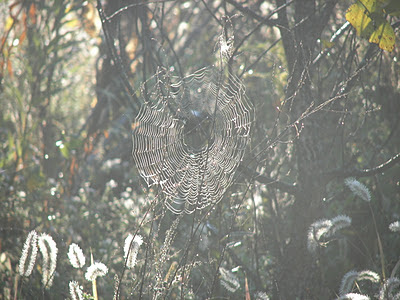 "Adopt the pace of nature: her secret is patience." --Ralph Waldo Emerson 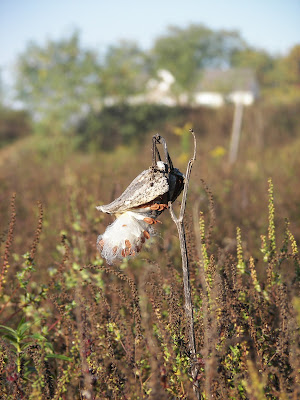 "The poetry of the earth is never dead." --John Keats 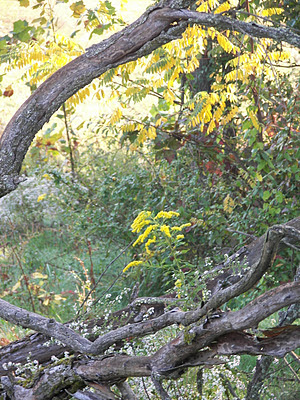 "To me a lush carpet of pine needles or spongy grass is more
welcome than the most luxurious Persian carpet." --Helen Keller 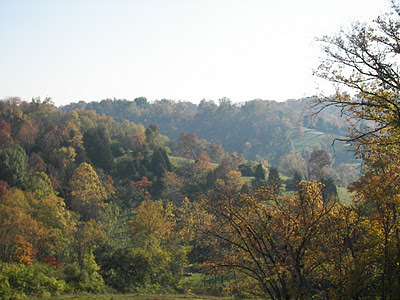 "Climb up on some hill at sunrise. Everybody needs perspective
once in a while, and you'll find it there." --Robb Sagendorph 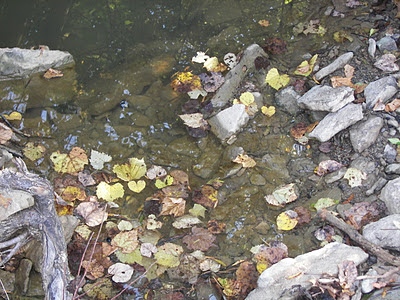 "The world is mud-luscious and puddle-wonderful." --e.e. cummings 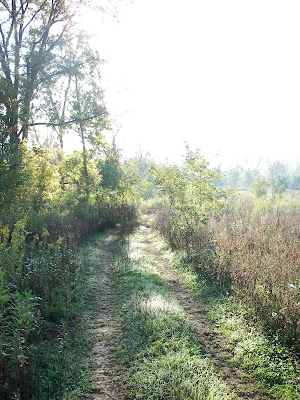 "Truly it may be said that the outside of a mountain is good for the inside of a man."
--George Wherry, Alpine Notes and the Climbing Foot, 1896 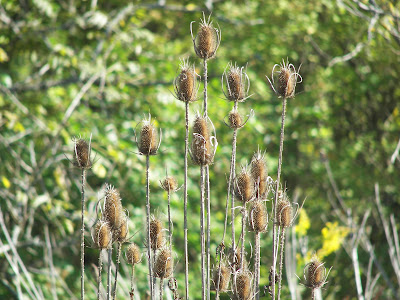 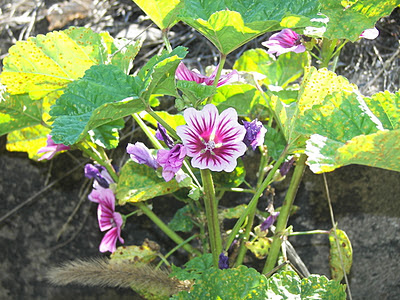 On Voice, A Quote 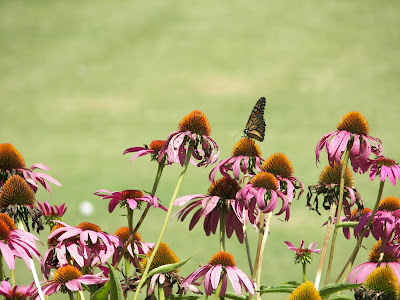 "Writing without voice is wooden or dead because it lacks sound, rhythm, energy, and individuality...Writing with voice is writing into which someone has breathed. It
has fluency, rhythm, and liveliness that exist naturally in the speech of most people when they are enjoying a conversation." --Peter Elbow, Writing with Power