"Every story would be another story, and unrecognizable if it took up its characters and plot and happened somewhere else...Fiction depends for its life on place. Place is the crossroads of circumstance, the proving ground of What happened? Who's here? Who's coming?"--Eudora Welty

Crossroads (n)--"the place where one road crosses another." At the crossroads--"in a situation where a choice must be made." My personal crossroad direction in writing this time around has taken me to 19th century Ohio. I see the potential of circumstance swirling around my character, the landscape of her proving grounds. She's surprising me in some ways while she whispers her story in my ear, but she's got her feet firmly planted in the times and circumstances of place. So far I've not allowed myself to get too mired in the details (I've already spent enough time there). But here are some resources I'd love to pass along to others who might be looking for just the right 19th century detail for their story, too.

4. Household Cyclopedia. General Information  in the Useful and Domestic Arts, 1881

9. A Portal to the Victorian World


So far so good in my goal to just get that messy first draft down on paper. Words aren't necessarily flowing fast but neither are they drying up. Place is helping me listen: Who's here? Who's coming? Place is unfolding and determining and challenging me to go deeper.

What part has "place" played in your writing recently?

Words-of-Week Survey: Are You Lucy, Linus, or Charlie Brown?

The scene is bucolic. The three characters in the Peanuts comic strip (Charles Schultz,  The Complete Peanuts, Vol. 5, 1959-1960) are lying on their backs on the top of a knoll watching the white, fluffy clouds float by above them in the sky.

Lucy: Aren't the clouds beautiful? They look like big balls of cotton. I could just lie here all day and watch them drift by. If you use your imagination, you can see lots of things in the formations. What do you think you see, Linus?

Linus: Well, those clouds up there look to me like the map of the British Honduras on the Caribbean. [Points up] That cloud up there looks a little like the profile of Thomas Eakins, the famous painter and sculptor. And that group of clouds over there...[points]...gives me the impression of the Stoning of Stephen. I can see the Apostle Paul standing there to one side.

Lucy: Uh, huh. that's very good. What do you see in the clouds, Charlie Brown?

Charlie Brown: Well.. I was going to say I saw a duckie and a horsie, but I changed my mind.

Actually, I can sort of identify with him. The past week has been relatively successful--the rough draft is moving forward, about 4000 words-worth so far. That in itself is amazing since I procrastinated so much on this project last year. I'm not looking back over the mess (see last post about the messy first draft here) to edit or fill in the blanks. Just pushing forward at this point. I'm afraid when I do go back, though, the voice will sound more like Charlie Brown than Linus.

But maybe that's okay. Duckies and horsies might be just what my story needs!

Are you Linus, Lucy, or Charlie Brown in your writing this week? Watching very many clouds go by? And how is your imagination faring?

"I hate first drafts, and it never gets easier. People always wonder what kind of superhero power they'd like to have. I wanted the ability for someone to just open up my brain and take out the entire first draft and lay it down in front of me so I can just focus on the second, third, and fourth drafts." --Judy Blume 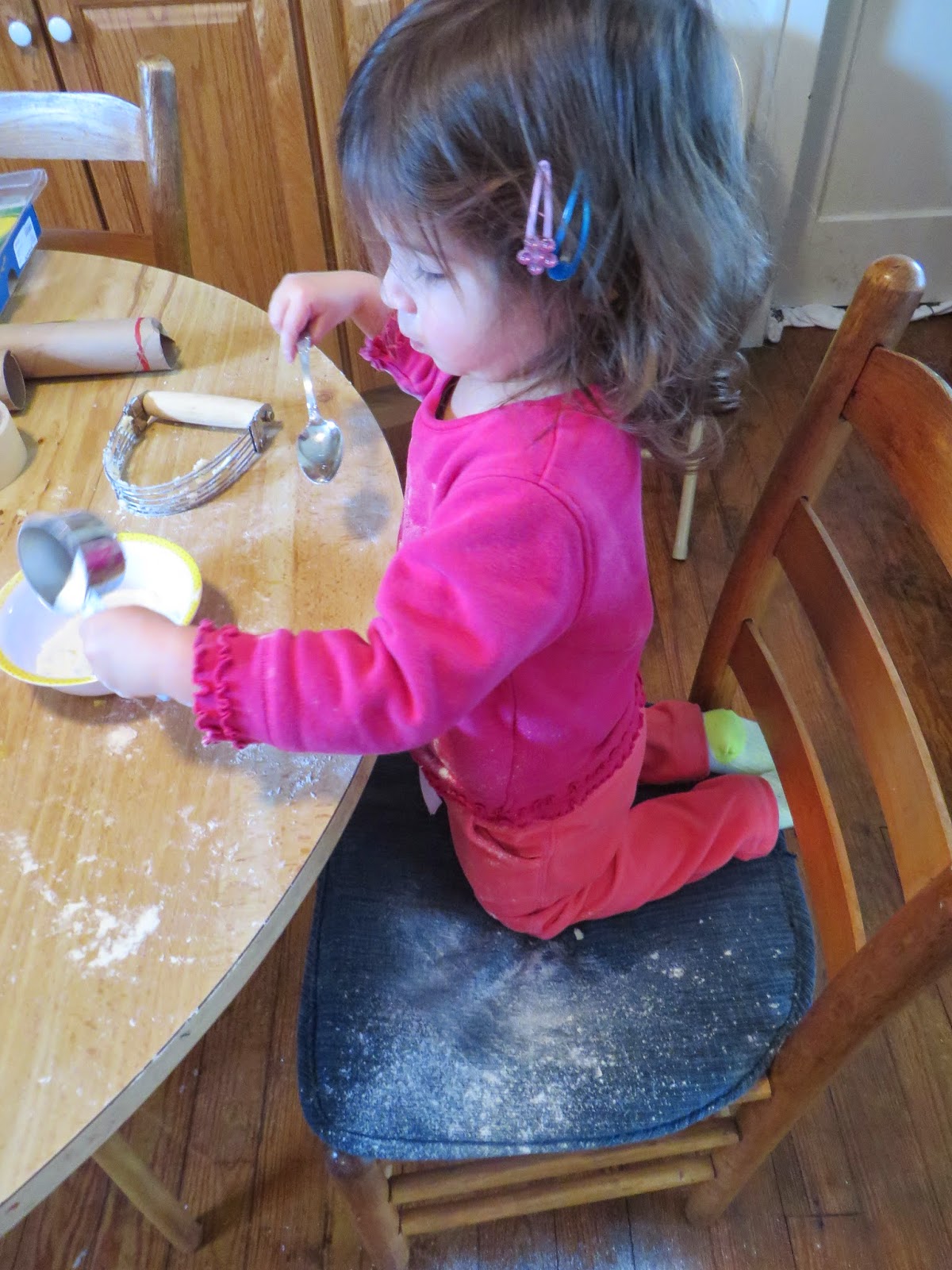 We had all five grandkids in the house over the recent holidays in different stages, different combinations, different numbers of days. Happy times (well, except for the flu bug that visited some family members--we could have done without that), albeit messy. Let me count the ways: legos, bristle blocks, books, puzzles, markers, scissors, glue, Whoonu game chips, all that wrapping paper, random lost socks, and spilled flour during a cookie baking session. But I wouldn't have it any other way! Planting seeds in the soil of family is always a good thing.

Can I be as positive in this new year about the new draft I've decided to tackle--I mean really tackle and not just talk about? It promises to be messy, too. In preparation, I "dug up" tips to help me weed through its mess--which I offer to you, too, hoping they'll help you in turn.


1. Put Your Boots On. You know it'll be messy. You face knee-deep frustration and feelings of inadequacy. But there's a first step. START. Like Pixar's Emma Coates says: "Putting it on paper lets you start fixing it. If it stays in your head, a perfect idea, you'll never share it with anyone."

2. Plant the Seeds.  Put down words and let them germinate. Don't edit. Don't stew. Sow seeds you will later fix. "The first draft is just you telling yourself the story." --Terry Pratchett

3. Get Your Hands Dirty. Hubby used to watch Master Gardener Rebecca Kolls talk about gardening on TV. He especially liked her signature sign-off: "Get out there and get your hands dirty." Same with our first draft. We just have to dig in no matter how unpromising the pages seem at first. Darcy Pattison explains her process in Awful First Draft: It's Hard to Trust the Process this way: "Most of all, I remember: the purpose of the first draft is to figure out what story you are telling. The purpose of all other drafts is to figure out the most dramatic way to tell that story...I am trusting the process and writing a really lousy first draft."

4. Go With the Wind. Elizabeth Sims, in Writer's Digest's Get Messy With Your First Draft says it this way: 'learn to love anarchy.' She explains, "Ignore the sequence while writing your first draft...Nothing is as freeing as writing what comes to mind next, not necessarily what must come next...the first execution of your ideas must be as unfettered as possible. Which will result in--yes!--some crap: false starts, pretentiousness, clunky images and cliches. Fine. Get them out now. They'll contaminate the good stuff only until you get around to your second draft."

5. Greet the Sun. This is one of my main targets this year. In Write That First Draft: 6 Ways to Generate Material for Your Book, Huffington Post's Lisa Tener says make the time: "You want to talk bills? Kids? Out-of-town guests, day jobs, commutes? At times it seems life was designed explicitly to obstruct us from writing...So when I do manage to set time aside to write, I stick to it. I keep my writing appointments." And what about penciling in that time first thing in the morning? Will Self makes a point: "I prefer to write as soon as possible after waking, so that the oneiric inscape is still present to me." (Okay, I admit, I had to look this one up. Oneiric [adj]: of or having to do with dreams; inscape [n]: an interior view or scene.)

6. Thin the Rows. In other words, don't worry about length the first time through. "I generally write a first draft that's pretty lean," Nora Roberts is quoted as saying. "Just get the story down."

7. Shovel. I love this quote by Shannon Hale: "I'm writing my first draft and reminding myself that I'm simply shoveling sand into a box so that later I can build castles." Keep shoveling!

8. Shake it Out. Elizabeth Sims again (see #4): "Get Loose. Relax, physically and mentally. If, as I do, you write your first drafts longhand, consider your pen a paintbrush. Hold it relaxed in your hand and move it from your shoulder instead of with your fingers. Your whole arm will move freely, and you'll pour out the words...Legibility is overrated. Remember that."

9. Plow. As in plow on through, surprises await. "Abandon the idea that you are ever going to finish. Lose track of the 400 pages and write just one page for each day, it helps. Then when it gets finished, you are always surprised." --John Steinbeck

10. Water. It's okay to step away, take a breath, let the story work its magic in the subconscious. Ernest Hemingway advocated reading during such breaks: "When I was writing, it was necessary for me to read after I had written. If you kept thinking about it, you would lose the thing you were writing before you could go on with it the next day...I had learned already never to empty the well of my writing but always to stop when there was still something there in the deep part of the well, and let it refill at night from the springs that fed it." Go to the well of reading. It will help.

11. Water Some More. Annie Dillard, from her book The Writing Life, admonishes: "One of the few things I know about writing is this, spend it all, shoot it, play it, lose it, all, right away, every time. Do not hoard what seems good for a  later place in the book, or for another book; give it, give it all, give it now. The impulse to save something good for a better place later is the signal to spend it now. Something more will arise for later, something better. These things fill from behind, from beneath, like well water."

12. Enjoy the Fruit. Have fun! Again, from Tener (above): "This probably seems like the most obvious one. If you're having fun, if you're experiencing the joy of discovery at all, then that freshness and excitement will be contained in the work you are creating. If you've made the time, you know how many other things you could be doing, but tonight or today you get to write. There's fun to be had. It is up to you to have it."

13. Harvest. It's simple wisdom, but as Julie Musil said in her blog post Why a Messy First Draft is a Great Thing: "A messy first draft means you've finished a book." Yes!

So where does this bring us? Why, to...hope for the second draft.

14. Celebrate the Bounty. Messy first drafts offer more than we first think. As Sims concludes, "If you practice looseness and receptivity when writing your first draft, the day will come during revisions when you realize you have a surplus of good writing to sort through." Good to know! Like rain on parched fields, there's hope in what we planted, propelling us to the next step.