"Life is sometimes hard...And when things get tough, this is what you should do. Make good art. I'm serious. Make it on the good days, too." --Neil Gaiman

We ended up at a library again this week, this time Cincinnati's Main Library downtown. (It's been a summer of libraries, it seems.) This time we were in the city for business, walking from one location to another--and the library was located between the two. It was too enticing and we couldn't pass up the opportunity. So we stopped in. 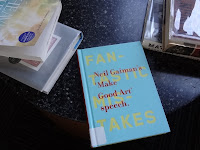 While there, I stumbled upon a gem on the new release shelf: Neil Gaiman's Fantastic Mistakes, Make Good Art. The delightful tome was actually a keynote address he gave to the University of the Arts Class of 2012, University of the Arts in Philadelphia. Next to actually being there, this is the next best thing. Maybe even better since the layout helps make the book. The graphic design takes you through the speech in an artistic way with bold font, small font, poetic form, slants, surprises and flair. You have to see it to appreciate it. 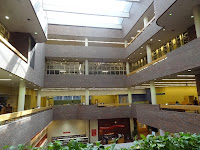 Being in the audience to hear the speech firsthand must have been inspiring, for sure. But I was inspired just sitting there in the quiet, surrounded by books, holding the speech in my hands and taking it in. A sample from the book:

"Looking back, I've had a remarkable ride. I'm not sure I can call it a career, because a career implies that I had some kind of career plan, and I never did. The nearest thing I had was a list I made when I was 15 of everything I wanted to do: to write an adult novel...a children's book...a comic...a movie...record an audiobook...write an episode of Doctor Who...and so on. I didn't have a career. I just did the next thing on the list."

No pressure! This from a man who has accomplished all the goals of his 15-year-old self multiplied many times over.

Another tidbit: "If you're making a mistake, it means you're out there. And the mistakes in themselves can be useful. I once spelled Caroline, in a letter, transposing the A and the O, and I thought, 'Coraline looks like a real name..."

I can't do justice in describing this fun little book, I can only say it was neat serendipity to run across it on a random visit to the library and would encourage writers--just graduating or seasoned veterans--to take a peek at it.

You'll be inspired just like those students in that audience must have been.

Question: did you start out trying to make writing "a career," or simply attempt to do "the next thing" on your list until you realized, yes, you are a writer!? Which way is more fun? Do you see your writing as making art?

"Proofread carefully to see if you any words out." --Author Unknown

Can proofreading be fun? Even humorous? Hmmm....

"The most beautiful world is always entered through imagination." --Helen Keller

We were on the road the last few days and, oh, the places to which that road took us. 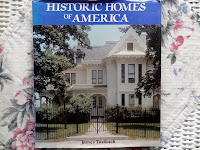 First of all, I once mentioned a book (here) that was an anniversary gift from hubbie one year, Historical Homes of America, compiled by James Tackach. The book was an instant hit. A bonus came when we recognized that we had seen one of the houses featured way back in the early years of our marriage, Brigham Young's Beehive House in Salt Lake City. I remember off-handedly saying, wouldn't it be neat to visit as many of these houses as possible whenever we travel?

Well, fast forward to the present, quite a number of years later, and we can now report that out of 67 houses featured in the book, we have seen 19. Two of those nineteen we saw this week while on our summer road trip... 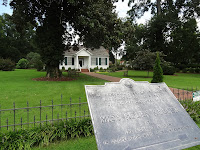 ...starting with the Helen Keller house, "Ivy Green," in Tuscumbia, Alabama. It almost gave me goosebumps to actually touch the pump where the breakthrough to words and communication came for the young child struck blind and deaf by illness when she was only 19 months old. Included in the tour is the house where she was born, the cottage where she and Anne Sullivan ("The Miracle Worker") lived while Anne taught and guided her, and a museum room sharing the story of her remarkable and inspiring life. 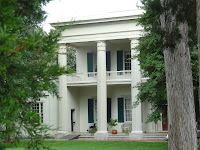 The second house we visited wasn't just a house, it was a southern plantation and home of the 7th president of the U.S., Andrew Jackson. "The Hermitage" is located outside of Nashville, Tennessee. The tour here took us far longer than we expected. Three-and-a-half hours worth, and if we didn't still have another five-hour drive home from there, we would have stayed longer. Having read The President's Lady, by Irving Stone and A Being So Gentle, the Frontier Love Story of Rachel and Andrew Jackson, by Patricia Brady, we've been interested in the subject of Andrew Jackson for a time. Needless to say, the opportunity to visit the Hermitage immersed us in the history of the man, his presidency, his personal life, his contributions, his controversies. Highlights from the brochure give a glimpse into the story: "Life on the Edge," "Connections, Confidence and Cotton," "Contradiction and Conflict," "Politics Not-As-Usual," "A Sense of Style and Destiny." Quite an interesting place in which to get a sense of the early-to-mid-1800s south and its issues. 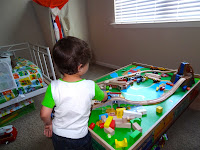 And what prompted us to take this trip in the first place? Why, Little Nicholas' house! We puttered down the highway to visit the grandson (and his mommy and daddy, of course) who has relocated to the States from Spain and now lives only nine hours (by car) from us. It was his house that really was the biggest draw! And the one most difficult to leave when the trip was over.

Road trips and historical homes. Some great stuff. Our album of brochures and photographs continues to grow. Trying to imagine the worlds of people in the past never seems to grow old for me so I can't help but wonder where we will visit next. For sure, I've got plenty of album pages ready and waiting, whichever historical home it might be.

Any noteworthy houses or sites you've traveled to this summer? What historical site is your favorite? Is your imagination stirred when visiting places of the past?

"The first week of August hangs at the very top of summer, the top of the live-long year, like the highest seat of a Ferris wheel when it pauses in its turning..." Natalie Babbitt, Tuck Everlasting

This opening line to a beloved classic is one of my all-time favorites. A simile to savor. Each new August feels pretty much like that, doesn't it--the idea of the year hitting a peak and then descending? Babbitt's great image-provoking description can't be beat.

And yet, August does speak to each of us, don't you think? What images might we come up with if we tried our hand at similes and metaphors to describe summer's passing?

This idea struck me after my morning walk the other day. With camera in hand, and no specific plan in mind, I snapped a picture here, one there. Upon reviewing the shots, one particular thought came to mind. See what you think :-) 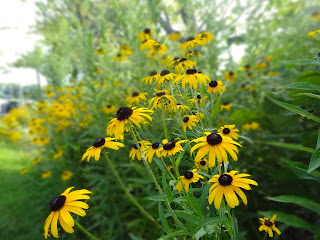 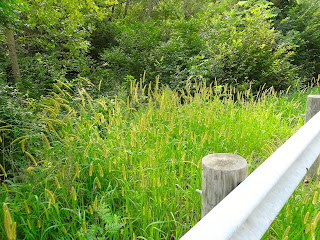 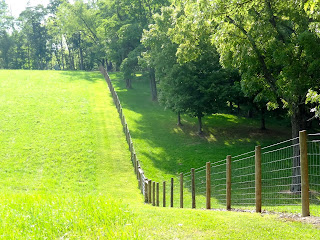 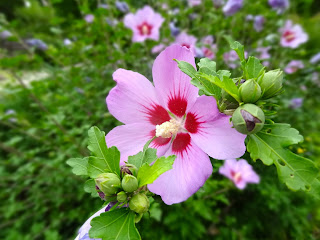 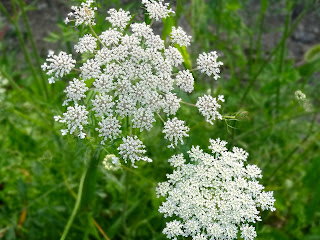 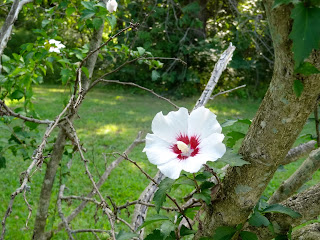 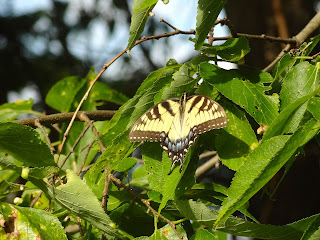 August: shooting off its own brand of fireworks in celebration of the passing of summer! May celebrations of your own kind be in store this month for you as well.