"A writer can never know about a character's feelings what is
not somewhere mirrored in her own." --Katherine Paterson


Been reflecting on this thought here of late... 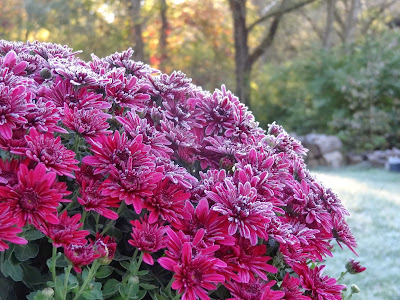 "I was trying to talk about people, using the only tool I knew, which was the country that I knew...I discovered that my own little postage stamp of native soil was worth writing about and that I would never live long enough to exhaust it." --William Faulkner

Hubby and I participated in our second-ever 5K Volksmarch yesterday (last year's here), a "German-style walk" hosted by the local German Society in our area. A volksmarch is defined as "a people's march," a non-competitive leisurely walk along a marked trail. The goal of a volksmarch? "To develop physical fitness and good health and enjoy the camraderie of fellow walkers." We can attest to that--it was great fun, and the German food afterwards delicious! And in talking with my brother after the fact, I found out that years ago he participated in volksmarches where they originated--in Germany itself. He was stationed in the army there at the time and recalls great memories of the native soil he strolled through.

Do you agree with Mr. Faulkner, that the "little postage stamp of native soil" wherever we writers might live is worth writing about? I know I captured a few images yesterday from my native soil. Wonder how I might draw inspiration for writing from them. Hmmm...

A few samples of my postage stamp this October: 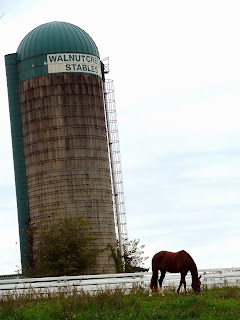 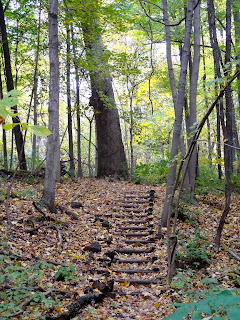 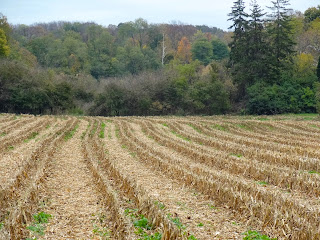 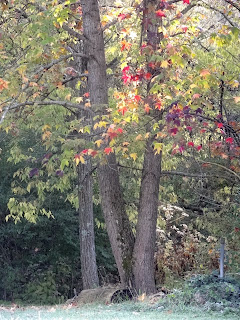 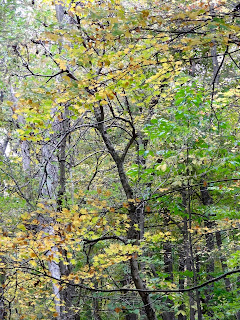 I must say I don't think I will ever exhaust the idea-possibilities abundant in my corner of the
world. What about you? What's your postage stamp like, and do you draw inspiration from what you see around you?

A Poem, A Poet, and Gold Dust

Some days my thoughts are just cocoons--
all cold, and
dull, and blind,
They hang from dripping branches in the gray
woods of my
mind;

And other days they drift and shine--
such free and flying
things!
I find the gold-dust in my hair,
left by their brushing
wings.

I found this poem in an old book on the shelf, One Thousand Beautiful Things (copyright 1947 :-) and thought of my friend Peggy who often drops in and encourages me with her comments. But when I posted about the hummingbird, Peggy answered with "I feel a lot like a hummingbird--beating frantically just to stay in place." When I posted about the praying mantis and asked what insect readers might draw parallels from, Peggy responded, "The worker bee--buzzing around, working like crazy, never having time to smell the roses."

And I felt the frustration behind the words. Feel it in my own writing world sometimes. Know it's in many lives. So, I post this poem to say, let's spread some gold dust around! Here's a sprinkle for you, Peggy, with hopes that the upcoming week slows down a bit so you can do some of those things you really want to do--filled with thoughts that are free and flying.

Oh, and by-the-way, who's Karle Wilson Baker anyway? I wondered about that, too, since I had never heard of her before. That's right--Karle Wilson Baker was a woman as I found out in my research. She lived from 1878-1960 and became well-known in the early 20th century as a noted poet from Nacogdoches, Texas. I immediately felt an affinity to Karle, the poet with the unusual name (for a girl) and also for the fact that I once enrolled in a novel-writing course and my instructor was from...Nacogdoches, Texas!

"Poetry came naturally to her," according to Sarah Jackson in an on-line biography (here). Her poetic styles included the lyric, sonnet, narrative, and ode. Jackson also writes that she had "a strong sense of imagery and of figures of speech, especially metaphor."

In Karle's own words in a diary entry dated 1917, she wrote: "Writing my poems is seldom more laborious than skimming the cream from my thoughts. It just needs time and quiet to rise."

Oooh, if it were only that easy, right? Well, although we might envy such a talented poet, Jackson reports that while poetry came easy, Karle's attempts at fiction did not. So she had her frustrating writing days, too!

Maybe those were the days when a girl named Karle wished that gold-dust fell from the sky, too?

Are you having cold, cocoon-thought days lately, or flying-thought days when you wear gold-dust in your hair?

4 Writing Lessons from a Praying Mantis (and Isaac Asimov)


"You must keep sending work out; you must never let a manuscript do nothing but eat its head off in a drawer. You send that work out again and again, while you're working on another one. If you have talent, you will receive some measure of success--but only if you persist." --Isaac Asimov 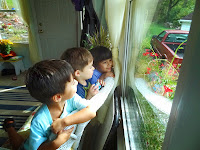 One week it was hummingbirds out our porch room window. This past week the fascination--especially for the kids, cousins aged five, three, and almost three who played practically nonstop through a four-day visit--came in the form of one of the strangest of insect creatures, the praying mantis. "Come, look!" we said. "See if you can find the praying mantis among the vines."

An up-close encounter with the praying mantis coupled with discovering the above quote (thank you, Isaac!) elicited a chuckle. Parallels popped to mind between the strange insect, the quote, and the writer's life. Bear with me :-)

1. "You must keep sending work out..." A perfect camouflage cover, our cardinal creeper vine has the same same green hue as the mantis. The stick-like figure fades from view in its tangled shoots and leaves--never to be seen unless one intentionally focuses on it. Sort of like that manuscript buried in the bottom of the file drawer.

2. "You must never let a manuscript do nothing but eat its head off in a drawer..." You do know, don't you, that the female praying mantis is known for sometimes eating the male after mating? Don't let that manuscript lay in the drawer for fear it will eat its own head off!

3. "You send that work out again and again, while you're working on another one..." The praying mantis can turn its head 180 degrees. It also can scan its surroundings with two large compound eyes and three other simple eyes located between them (fact source: National Geographic). A writer would do well to emulate a praying mantis' observation skills, both in researching markets and in working on the next project--details, details, details.

4. "If you have  talent, you will receive some measure of success--but only if you persist..." The praying mantis, named for the bent position of its front legs, suggests a prayerful pose. Ah, a little talent and persistence as Isaac Asimov says and--my addition to the equation--maybe a little prayer? For me, it's one of the most important needs of a writer since, ultimately, success is a gift to be thankful for. So my goals for the upcoming week? Get that manuscript out of the drawer. Query with persistence. Attack the WIP. Attempt a poetry prompt or two to encourage the words to come. And pray.

Lessons from a praying mantis? You bet.

Any other parallels you see? Is there an insect you take inspiration from?